I want to Ride my bike

Adventures in Tahoe and beyond

By mid-September, I was ready to wrap up my road racing season.  After the Folsom Omnium, I decided to take a little break. What do cyclists do during off-season?  For a couple of weeks, I forgot about my bike and did that thing that cyclists DON’T do.  Yep, I went running.  Slowly.  It was really fun to spend time running with the husband and the dog until both got in running shape and decided I was to slow to join them. I was relegated to full-moon and night hikes with the family.

And a Christmas Tree on the side of the road

I cleaned out my car.  Cars can get kind of gross when you spend most weekends living out of them.  I did a lot of laundry and cleaning–also a function of the traveling every weekend.  I cooked labor intensive meals which took 2 to 3 hours to prepare but were really yummy.  I fasted for three days.  I ate “gluten free” for two weeks.  I ate too many pumpkin flavored things. I meditated.  I found a new yoga studio and started going to classes.  I did work outs that took less than 2 hours and sometimes less than 1 hour. It was awesome. 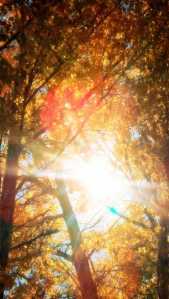 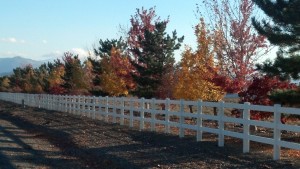 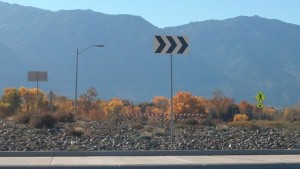 One of my favorite off-season/winter training activities is lifting weights.  I jumped back into lifting weights–big thighs and all– with enthusiasm and zeal.  At some point, I jumped back on the bike. This year, we actually had a (dry) fall season with amazing leaf colors and very little snow.  I rode outside as much as possible. 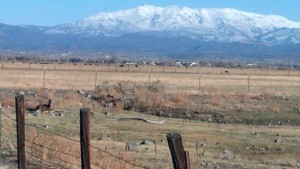 I had raced the Wente Road Race once before as a Cat 4 and so all week, I tried to mentally prepare for how tough the hills were going to be as a Cat 2. I read a Sea Otter race report during the week written by a pro woman who had raced in Italy for a couple of years. I love reading other people’s race reports – especially pros- because it really motivates me. Plus, I’m always intrigued to hear how others approach racing and how they overcome obstacles.

I checked the Wente pre-reg list a couple of days before the race and I was very surprised to see the aforementioned pro woman’s name on the list. Fabulous, I thought. At the start line, I spotted another pro cyclist and a couple of seriously strong women. It’s always a fine line between optimism and reality. I never want to have pre-race negative thoughts, but at the same time, I know that pros are ridiculously strong. As the chit-chat came to a halt and pro 1 and pro 2 initiated a break on the first time up the hill, I was excited. I thought someone closer to the front would initiate the chase. At some point super strong woman 1 tagged on and the three ladies started riding away. I decided to try to chase. I assumed that a couple of people would go with me but when I finally looked back, there was no one there.

Naively, I thought there was a sliver of a chance that they could be caught. A couple of minutes later, I wasn’t closing in but instead dangling. A group caught me a couple of minutes later and again I thought that if we worked together we could chase them down. While there was a sort of half-effort at working together, it became rather obvious that it wasn’t going to work. It turns out that pros are really strong and in the end, they put around 10+ minutes on us.

So, the 8 of us turned into 7 and rode along. There were 2 women from each of 3 teams and one team had a rider up the road in the break. I was sort of antsy and as a result probably put in more effort than a rider without a team should have. As we neared the final climb, the pace slowed considerably and we rolled into what would be the most painful part of the day. I struggled on the first steep section of the hill and suffered a shifting adjustment glitch which cost me a few seconds. As the grade eased, I tried to accelerate as much as possible. I passed one person and caught someone right at the line finishing 4th in the break and 7th overall. I’m not thrilled with that result, but I enjoyed the race and I am definitely motivated for the next week of training.

Is winter over yet?

The majority of the cold weather and snow have come and gone, but we are still months away from consistently warm weather. I am excited that hours and hours on the trainer have passed and that racing has started!

They say that the definition of insanity is trying the same thing over and over again while expecting to see different results. While some might argue that cycling in general is insanity, that is off point. This year, I tried to do a couple of things differently to prepare for a challenging year of racing and to be stronger and more successful than last year. I skied less. I rode more. I learned how to dress properly for cold weather riding. I commuted for training weekends. I lifted weights. I started training with power. I acquired a time trial bike. Will any of these things make a huge difference? I can’t say. But, I am trusting that at least one of the items listed will pay off.

The thing that I’m most excited about is that I started racing earlier than I ever have. It is the end of March and I’ve already started 6 races this season. I still have a long way to go but I am happy to say that I’m on way. Here’s to doings things differently, if not smarter, and to a long (and warm) racing season!